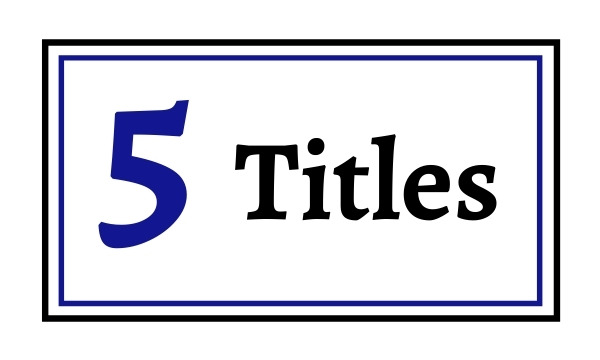 The 5 Titles series highlights books, music, and films in the library’s collection, featuring topics related to diversity, equity, and inclusion and/or highlighting authors’ work from diverse backgrounds. Each post is intended to briefly sample titles rather than provide a comprehensive topic overview. This month, Librarian for Visual Studies and Dance, Lee Sorensen, has selected five titles focusing on Five Black Artists that we should know. Check out Lilly Library’s Current Exhibition Catalog section to discover additional established Black artists and emerging BIPOC artists. Beauford Delaney: A Retrospective (1978). Delaney is the finest example of an early, crucial Black artist noticed by great writers of his time. James Baldwin and Henry Miller discuss his work, and Delaney was a friend of Georgia O’Keefe. This edition is a catalog from the Studio Museum in Harlem, one of the earliest venues where Black artists could be shown. Delaney painted in Harlem in the 1930s and 1940s but moved to Greenwich Village, partially to hide from his ethnic community that he was gay. Poor and introverted his whole life, he died a year after this show. Howardena Pindell: Rope/Fire/Water. Howarden Pindell is one of the principal Black abstract expressionist painters. This book is a catalog of a German exhibition of her work, located in the Current Exhibition Catalogs section of the Lilly. Pindell’s multimedia exhibition includes a film mentioned in the catalog; she says, “I wanted the title to be a clear and obvious reference to what takes place in the film. Rope represents being hung during a lynching. Fire represents lynching where a flammable substance is applied to the body, such as coal, tar, oil, and the victim is burned alive. … Water represents the Middle Passage from Africa to the Americas of kidnapped and enslaved African men, women and children. Indigenous people were also kidnapped and sent to Europe to be sold.” The ‘Rope/Fire/Water’ catalog is in English. Rashid Johnson: Message to our Folks (2012).  Rashid Johnson is a multi-media artist best known for his paintings and conceptual drawings.  His technique is powerful brush strokes (“slashes”) on larger canvases giving a feeling of immediacy to his work.  However, in 2008, Johnson produced a series of clean-line metal sculptures of giant gun sights. Black Steel in the Hour of Chaos (2008) is at the Whitney (and an even larger one at The Virginia Museum of Fine Arts, Richmond). Gun sights have been a constant theme of Johnson’s work, but this larger-than-life sculpture makes it possible to see anything through the crosshairs of a gun. “Johnson explores the complexities and contradictions of black identity in the United States, incorporating commonplace objects from his childhood in a process he describes as “hijacking the domestic” and transforming materials such as wood, mirrors, tiles, rugs, CB radios, shea butter and plants into conceptually loaded and visually compelling works that shatter assumptions about the homogeneity of black subjecthood.” McArthur Binion: Re:Mine (2015). Binion lived at the edge of art fame for most of his 74 years before becoming iconic–his name appears in nearly every survey of art by Artists of Color–he worked steadily. Taking his inspiration from machines, i.e., geometric forms, Binion returns them to the humanness of hand painting. Stand back from the paintings; they seem to be color field work, move in closer, and see micro and macro simultaneously. “Influenced equally by music, storytelling, and individual history, McArthur Binion has described his approach to painting from the position of a “rural Modernist” and one through which he “bridges the lyricism of colour with a Black rural sensibility.” Binion’s paintings, predominantly composed of oil paint stick and paper on board, form the nexus of place and history, from Binion’s childhood in the South to his time in New York in the early 1970s and his current home of Chicago.” Beverly McIver: Full Circle (2021). Duke faculty member Beverly McIver’s work is some of the most powerful paintings of any era. Her themes include the Black clown (based on learning that the circus didn’t hire Black people as clowns) and the painter’s layers of Black identity. Commissioned to paint the portrait of retiring NC Museum of Art Director Larry Wheeler, she painted him in blackface and red high heels. “From early self-portraits in clown makeup to more recent works featuring her father, dolls, Beverly’s experiences during COVID-19, and portraits of others, Full Circle illuminates the arc of Beverly McIver’s artistic career while also touching on her personal journey. McIver’s self-portraits explore expressions of individuality, stereotypes, and ways of masking identity; portraits of family provide glimpses into intimate moments, in good times as well as in illness and death.”

The Environmental Impact of Junk and Waste – Cheyenne Hauling